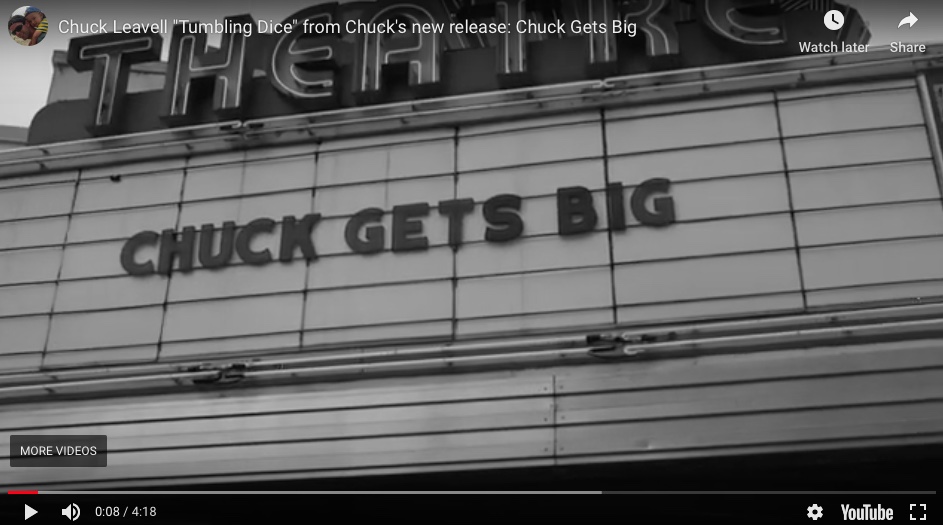 “As the longtime music director for the Rolling Stones — not to mention his tenures with the Allman Brothers Band, Sea Level, Eric Clapton, David Gilmour, John Mayer and others — Chuck Leavell has full rights to take on the group’s catalog in his own fashion. So, not surprisingly, his brassy take on “Tumbling Dice” with the Frankfurt Radio Big Band, whose video is premiering below from the keyboardist’s just released new album Chuck Gets Big, is something different than what we’re used to hearing him do with his “British brethren.”

This (album) is really a celebration of the career,” Leavell tells Billboard, “so of course there’s something from the Allman Brothers, something from Sea Level, something from the Stones, instrumentals from my own records, too. There are also a few of the songs I’ve just always loved playing — like ‘Georgia on My Mind,’ ’cause Ray Charles is my true hero. It’s just kind of a mishmash celebrating the career and hand-picking songs that I felt like people would appreciate.”….

Chuck-Just letting you know I have recently discovered your site and I think it is great. I love the style of music you play and transcriptions that are actually what is played, as opposed to just following the vocal melody. GregC
Love what you guys are doing, I am a CEO of an Ed Tech company so I am always intrigued with how tech is leveraged… Love the tech you guys are providing MarcZ