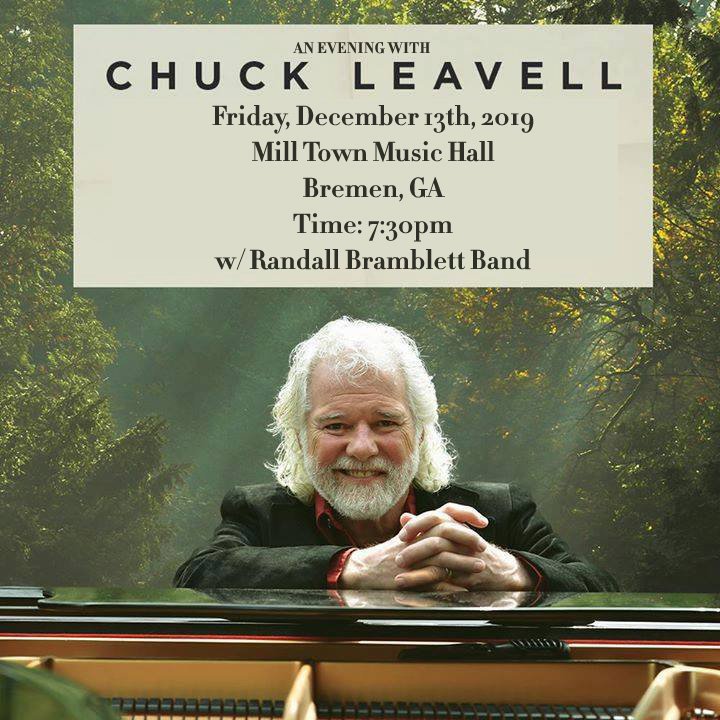 About Chuck:
Chuck Leavell has been pleasing the ears of music fans for more than 40 years now. His piano and keyboard work has been heard on the works of Eric Clapton, The Rolling Stones, John Mayer, The Black Crowes, George Harrison, The Allman Brothers Band, The Indigo Girls, Blues Traveler, Train, Montgomery-Gentry, Lee Ann Womack and many, many more. In addition to being a well established pianist/artist in the music industry, Leavell is also a published author, long time tree farmer, co-founder of the popular website The Mother Nature Network, and keeps busy with his advocacy work on behalf of the environment. At the age of 13, Chuck got the opportunity to see Ray Charles in concert. He recalls, “Ray and the band played an incredible show, and it had such an impact on me that I made up my mind there and then that that was what I wanted to do. I decided that night what I wanted as my career.” When he was 15, Leavell made his way to Muscle Shoals, AL, and the legendary studios there, where he played on several records, including Freddie North’s soul classic “Don’t Take Her, She’s All I’ve Got.”

About Randall:
Randall Bramblett’s distinguished body of work is defined by a triple threat career as an acclaimed solo artist, an in-demand songwriter and a first call sideman. Among the artists who’ve recorded and performed Bramblett’s songs are Bettye LaVette, Hot Tuna, Delbert McClinton and most notably, Bonnie Raitt, who opened her 2014 Grammy winner, Slipstream, with one of his songs. In the ’70s he was a member of the seminal jazz/rock group Sea Level and as a sideman has toured with Gregg Allman, Widespread Panic and Levon Helm. Steve Winwood was such a fan of Bramblett’s keyboard, sax and vocal performances that he made Bramblett his go-to tour mate for 16 years, including the ’94 Traffic reunion.

Hey chuck, just wanted to thank you for these lessons, been digging into them, love the improv and exercises, this is just what I needed, thanks again Ray C
The irocku lessons are simply super and to watch and hear them just adds the finishing touches to a well conceived methodology of teaching techniques which are simply not available anywhere else. John A