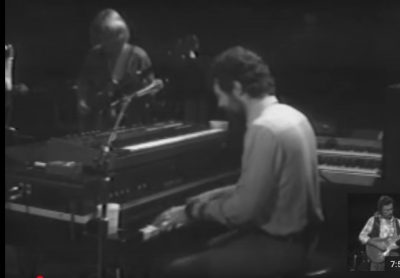 The irocku featured piano lesson is “Jessica” by The Allman Brothers.

If you check out the videos of “Jessica” live you’ll see that during the solo Chuck comps using the A and D chords in his left hand. The irocku lesson uses a left hand baseline similar to what the bass is playing so the lesson is actually more difficult to play. If you want to simplify the solo, you can play chords in the left hand similar to how Chuck is playing it. Click here to check out the Jessica videos in the sidebar.

In our ongoing survey of Top Rock piano Songs and Performances,  “Jessica” is currently ranked number two after “Great Balls of Fire” by Jerry Lee Lewis.  Given that so many of the irocku members are also Chuck’s fans we’re sure that there is some bias in our poll. But the poll has reached 150K people so at some point the laws of statistics have to kick in.

Your lesson material is really really good. I'm a big fan of Chuck's. I love that I can start out on level 5 and progress to level 7. Some of the songs I'm working on level 7 but the improv is more complicated, so, I am working on level 5 until I can progress. It's great! Thanks that you care what people think and that you give such quick responses to questions and concerns. MUSIC IS GOOD FOR THE SOUL!!! DebbieW
I am having a fun time trying to play Tipitina. Right now it sounds nothing like it should sound but I will keep at it. I just figured out I can slow down the video to watch how the song is played. This has been most helpful as I am watching it on the slowest […] KarynB