It is with heavy hearts that we share this message. Chicago blues pianist and member of our IROCKU family, Marty Sammon, passed away on October 15, 2022; one day after his 45th birthday. Marty was born and raised in Chicago and began playing the Chicago clubs by the (under)age of 15. Marty was as genuine and true to Chicago Blues piano as Dr. John was to New Orleans piano. He was best known for his 10+ year gig with Buddy Guy and was a regular at Buddy Guy’s Chicago club ‘Legends’. He left his energetic imprint on dozens of recordings including those of Devon Allman, Eric Clapton, Buddy Guy, Carlos Santana, Otis Rush and Christone “Kingfish” Ingram. Marty had a dynamic style, sounding  loose while commanding incredible precision on the keys…Marty was also a gem of a person.

In 2015, Marty wrote a book titled “Blues Keyboard Method” with the forward written by Chuck Leavell.  He also recorded a Chicago blues lesson series for IROCKU, spearheaded by IROCKU member Debra Lewis. Touring, and then covid, unfortunately prevented him from completing the lesson series. We’ll do our best to dust off Marty’s recordings and share them with all of you on IROCKU.

The video below is from these unpublished recordings:
Recorded at Buddy Guy’s Legends, Jan 28,2020 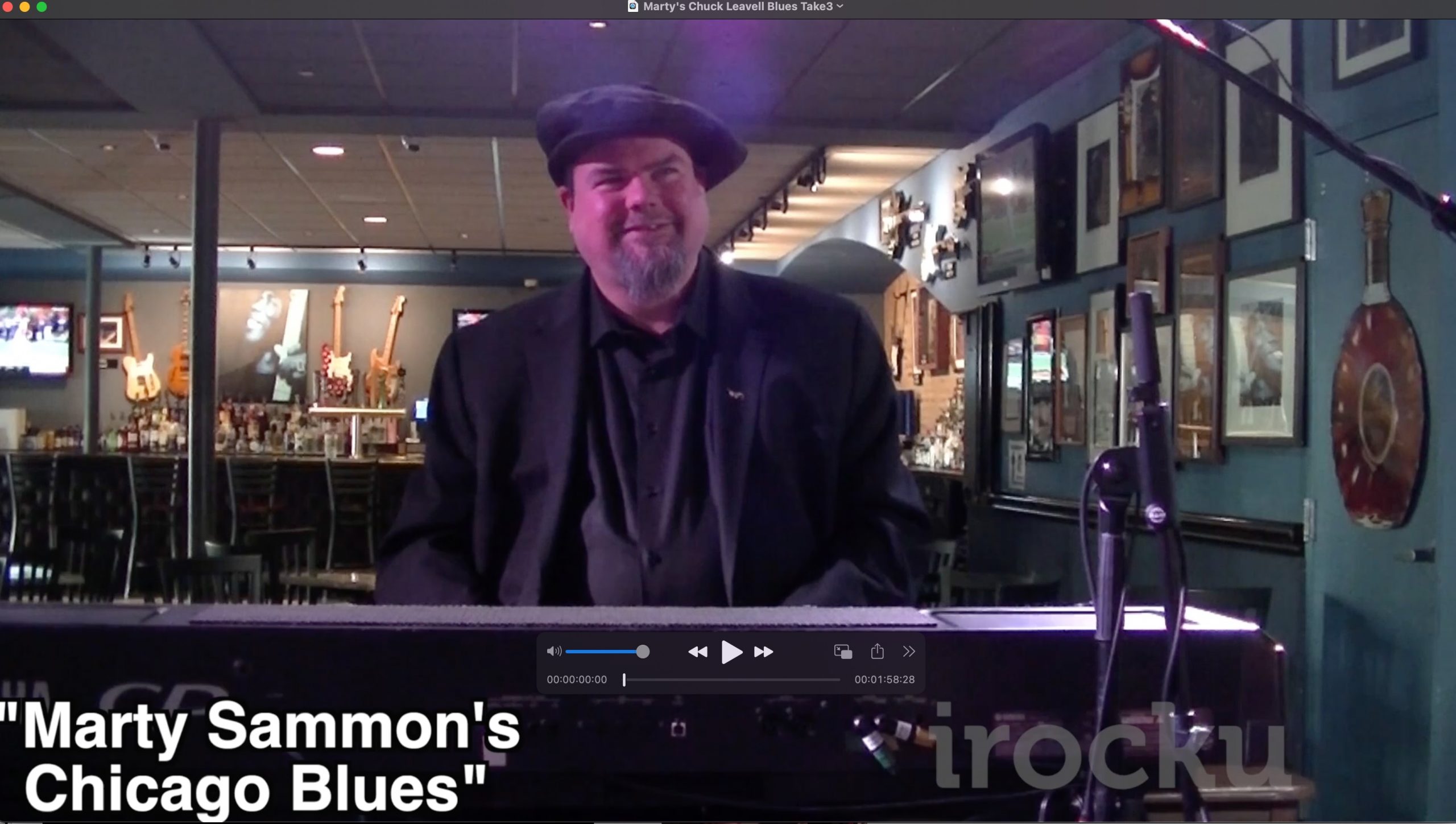 The site is really fabulous. For some time I was very frustrated trying to learn “What I'd Say” from Ray Charles…I decided to purchase the intermediate version of the song which turned out to be a great idea. It makes it much easier on you when you can go from easier to more complex. The videos, coupled with the PDF music sheet versions, are fantastic. ..you can play whatever you want at half speed, making viewing chord inversions much easier on you. LeeB
First, Congratulations on this site.... way back a few years ago I begged you to do another DVD from your site.... and indeed you have done it to the power of 10... I found IROCKU almost by accident via youtube... I just thought it was another talented youngster doing the gospel lesson, I am so glad I clicked over....I am so thankful for you "giving back" to the music community .... They said Oscar Peterson was taken to heaven because God wanted piano lessons... I think there is a special place for you as well..Blessing and be peaceful. TomM