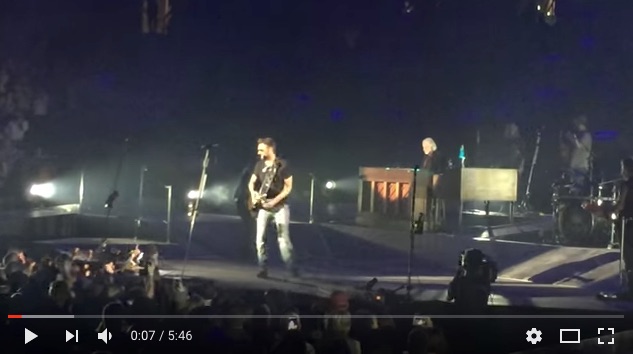 
Here’s a special treat for Eric Church and Chuck Leavell fans. Eric and Chuck playing a cover of Little Feat’s “Dixie Chicken”. We’ve never seen either of them play this one before! This was recorded April 5, 2017 in Denver. The setlist also included Guess Who’s “American Woman” and The Temptations “Ain’t Too Proud to Beg”.

Chuck… I am a longtime fan of yours through Sea Level, ABB, Stones, and on and on. The irocku method is like having an old friend show you some new songs and licks – it is a comfortable approach with a great vibe and equally great resources and tools. irocku makes it easy for any player to find a learning style that fits, whether it be video, charts, note-for-note, or exercises. You guys have some great song choices….I am enjoying your site very much – just trying to pick up whatever I can to keep improving…. Thomas H
Chuck-I was very excited to discover irocku since I spend a lot of time scouring the Internet for note-for-note rock keyboard lessons and transcriptions. I am a former classical piano player who is now transitioning into rock keyboards. Brian M