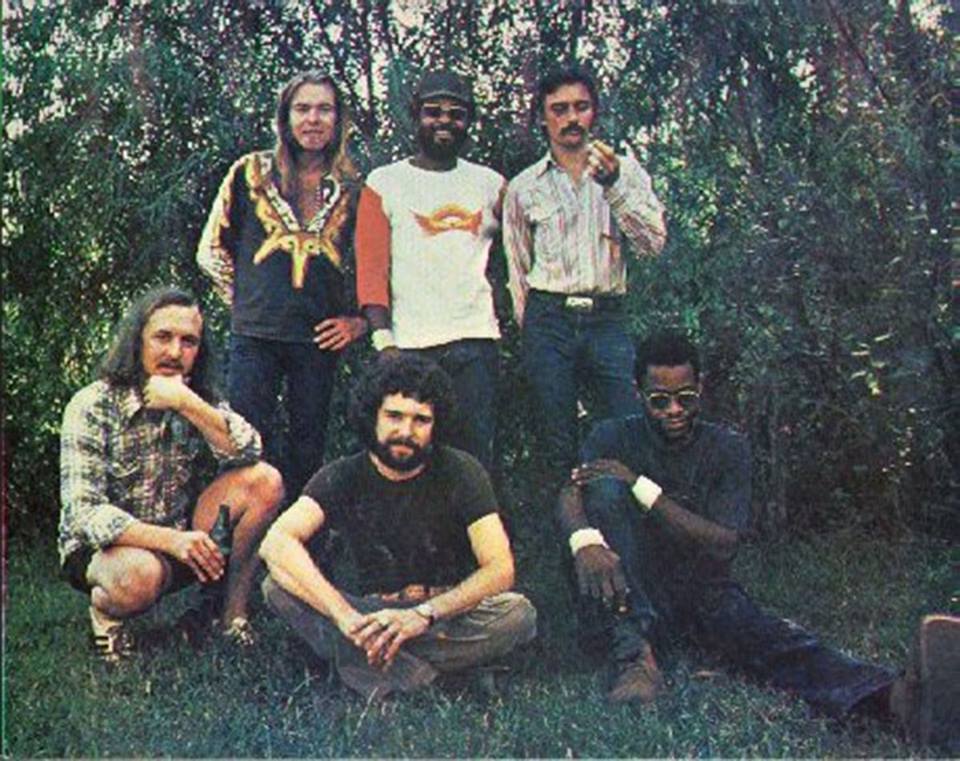 Gregg Allman was not only a friend and brother, but he was a strong inspiration to me very early on in my career. I used to go see the Allman Joys at the Fort Brandon Armory in Tuscaloosa, Alabama when I was a young aspiring musician of 13 and 14 years old. He mesmerized me with his talent…that incredible voice, his understated yet strong stage presence. As he developed as an artist and songwriter, I continued to follow his career…and when the Allman Brothers Band was formed, I thought…”Now they have figured it out…” That first record was ground-breaking and a new style of music, Southern Rock, was born. Little did I think at the time that I would be so fortunate to eventually be a part of it. I was just a fan and admirer of what he, Duane and the rest of the band had done. Opening up for the ABB in 1970 and ‘71 when I was with Alex Taylor and later with Dr. John, I would hang around after our performance and listen to them. Sometimes, when the piano I used on our set was pulled back to the back part of the stage, I would sit there at it and play along with what the ABB was doing. It was just for my own enjoyment and to try and learn…but it gave me a chance to get a feel for the incredible music they were producing.

After Duane’s tragic accident and death, I admired how they went out with no replacement for Duane…as a five-piece band, knowing that they were emotionally and physically drained from the loss. But they did it so admirably…Dickey did himself proud to take on the role of now sole guitar player, and I have always admired him greatly for that. All of the band did what had to be done, and it had to be painful and difficult, but they did it with grace. It wasn’t long after that tour that the band decided to take a break and that Gregg embarked on his first solo effort. I was so fortunate to get the call from my pal Johnny Sandlin to play on that project, and as a then 19-year old keyboard player trying to find his way, it was the dream offer of a lifetime. Playing on “Laid Back” was a life changing experience for me, but even more was to come, when the jam sessions after hours with the other members of the ABB resulted in me being asked to join the band.

During that time, Gregg was much like a big brother to me, as Dickey was in his own way. Gregg was always gracious to me…making sure I was included in everything from photo sessions to various parties and events…and even sometimes asking me to accompany him to events not related to the band’s duties. We finished recording “Laid Back”, and soon after, “Brothers and Sisters”…and these are probably the two records that I am most proud to have my name on. Both garnered strong success, and I found myself in the middle of a whirlwind over the next several years.

As we know, that whirlwind eventually resulted in changes for all of us in the band. But through all the changes that were to come, Gregg and I remained friends and he was always kind and gracious to me.

In 2014, I was more than pleased to get the call to be in the core band to pay tribute to Gregg at the Fox Theater in Atlanta. The result was the presentation, CD and DVD called “All My Friends”. It was such a fitting homage to Gregg, and I was honored and thrilled to be there for him. But also during that time, I had personally been asked to put together a special program for the Atlanta Symphony Orchestra at Symphony Hall. I reluctantly asked Gregg if he would participate, and without hesitation, he agreed. That was one of the most special and memorable shows I’ve ever done, and Gregg’s participation certainly made it a major event. That just shows the kind of friend Gregg was. He certainly didn’t have to do that, and he didn’t take a dime for his participation.

Thank you, Gregg…for your inspiration, for your talent, for your loyal friendship and for the amazing human being you are. I am forever grateful for my relationship with you, for sharing the stage with you so many times, for the honor of recording with you on some records that have stood the test of time. You will always be my hero and I am your biggest fan. Rest easy, my Brother.

Hi Chuck, Wow! You’ve really done a great job putting this program together. My only complaint is that you didn’t create it before the internet 20 years earlier! Lol. AaronF
I am classically trained pianist who has wandered into boogie woogie, ragtime and blues. So far, I have explored Professor Longhair's version of Tipitina; I really like the way you have done this. Many of the suggestions on the video are sound pedagogical and piano techniques. The explanation of the duple and triple rhythms and exercises of how to play them against one another is great... Good luck with your wonderful venture in musical instruction! AnneS