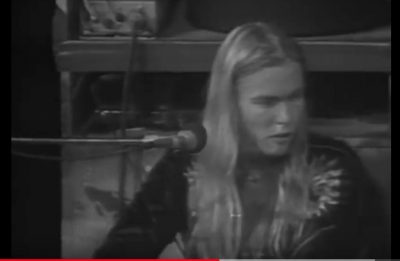 ”Midnight Rider” has a country-blues feel yet it doesn’t follow a standard blues progression and it doesn’t use a blues scale either. The intro and verse use a two-chord progression alternating between the root and it’s suspended chord which is used a lot in Allman Brothers music.  The solo uses both pentatonic and mixolydian scales which are often used by The Allman Brothers for jamming.  The exercises and improv for this lesson have some killer sixteenth syncopations so take it slow. You’ll find the rhythm of this song hypnotizing and a joy to play on the piano.

While listening to Southbound the other day, I started searching the internet to find something that would help me learn the groove of the song on the piano, and I stumbled onto your website. I watched the sample lesson and whipped out my credit card and immediately bought the advanced subscription. I've been playing piano all my life, but I've always had trouble finding good, true arrangements of songs. But the quality of the songs on irocku is excellent, and so is the instruction. Collin does a great job breaking songs down and explaining some of the theory without getting bogged down. Having a Classical ... TomW
A professional player I know recommended your site to me....The main motivator to sign up for the membership was to gain access to the Piano Tips....Your pricing seems extremely reasonable. The quality of what you have produced, video, print, online stuff is all very high. The people that are the representatives/instructors have great presence and delivery...I have spent a number of years painstakingly working thru a book Tim Richards - Improvising Blues Piano. I have learned a lot and advanced but it has been slow going and maybe a bit too structured and I felt it was time to "get away from the book". I had considered the Quincy Jones Playground but chose irocku instead. I like the informal nature and sort of "choose your own path" philosophy of irocku versus a more structured lesson plan approach....Just my two cents. Wanted to let you know how impressed and hopeful I am to have joined irocku. MarkF