Steve Winwood is currently ranked 17th on our list of Greatest Rock Piano Players making him, in our opinion, one of rock ‘n roll’s most underrated keyboardists. Here’s a video from 1966 of Winwood at 18 years old performing “Nobody Knows You When You’re Down and Out” with the Spencer Davis Group. 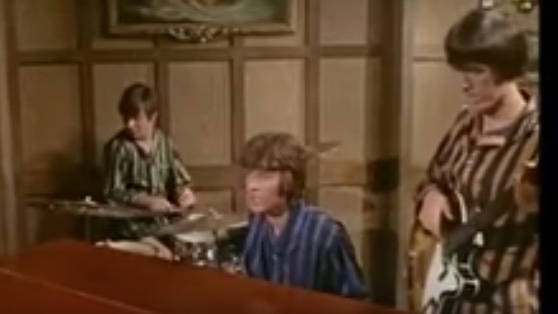 The irocku piano lesson for “Nobody Knows You When You’re Down and Out” is inspired by Eric Clapton’s version on the “Clapton Unplugged” album. But, the musical foundation behind the licks played on the Spencer Davis Group’s version of this song are all covered in the irocku lesson. In a previous post we also covered the bass line played on the Spencer Davis Group version. Give it a try.

“Nobody Knows You” Piano Lesson

If you follow the internet threads about the Spencer Davis recording of “Nobody Knows You When You’re Down and Out” there are a lot of people who believe Winwood is lip syncing to Ray Charles. Hell no, he can play and sing the blues with the best of them. The piano licks on this recording are established and recognized blues licks that we’ve heard countless times but Winwood lays them down with perfection. His timing, his phrasing, and his soulful performance are comparable to the great piano blues masters- Roosevelt Sykes, Leroy Carr, Eddie Boyd, & Otis Spann. No surprise there, Winwood actually recorded with Otis Spann and Eddie Boyd while still a teen in high school.

Winwood’s influence on the future of rock piano became evident on Traffic’s early albums with tracks like “Feelin Alright”(1968) written by Dave Mason. On “Feelin Alright” Winwood accompanied Dave Mason’s vocals and rhythm guitar with melodic and percussive fills that would eventually make their way into the version made famous by Joe Cocker a year later.

In 1970, Winwood helped pave the way for jazz-rock fusion bands, such as Steely Dan, with Traffic’s seminal album ‘John Barleycorn Must Die’. The album’s single “Empty Pages” made the billboard 100 and introduced the world to Winwood’s piano prowess with a jazz Hammond B3 solo reminiscent of something you’d expect from a Stevie Wonder recording. While “Empty Pages” was the most commercially popular track on the record, it’s not the only track to highlight Winwood’s piano mastery. With the song “Glad”, Winwood creates rock n’ roll history from the opening keyboard hook to his mesmerizing piano solo.

Winwood followed the ‘John Barleycorn Must Die’ album with another rock classic, ‘The Low Spark of High-Heeled Boys’. The album’s cover song “The Low Spark of High-Heeled Boys” begins with Winwood playing a straight 4/4 beat rhythm but as the song progresses he introduces a syncopated rhythm lick that helps define rock piano. Midway through the song Winwood launches into an hypnotic improvisational jazz solo that is equally memorable.

Chuck, I’m very happy with the IROCKU lessons. I’m working on Southbound level 5, and having a lot of fun. ..your playing has always been a tremendous source of wonder and inspiration for me...Thanks for all you do, wishing you the best. KentW
“irocku is great. I like the fact that you work through a song from beginner to advanced level, giving the student an opportunity to play something that sounds good regardless of his/her level of expertise. The $4.99 for 3 lessons is also a fair price for those who can't afford annual membership or those who only want to learn a few songs.” Michelle