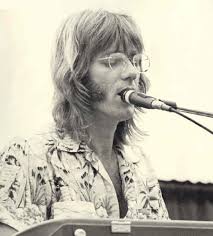 Ray Manzarek - Riders on the Storm

Here’s a great video for Doors fans, particularly if you are a Ray Manzarek fan. Ray tells the story behind the writing of “Riders on the Storm”. With it’s haunting bass line and rain effects, “Riders on the Storm” was inspired by a cowboy song, “Riders in the Sky” written by Stan Jones in 1948. “Riders in the Sky” was covered by a variety of musicians, ranging from Elvis Presley to Johnny Cash to Deborah Harry, but it was Vaughn Monroe’s version that initially caught Door’s guitarist Robby Krieger’s ear. It is clear that in, “Riders on the Storm” Jim Morrison tried to mimic Vaughn Monroe’s haunting singing style. Very cool how The Doors took a cowboy song, moved it to E minor, spun in some jazz and turned it into one of their signature masterpieces.

..this(irocku) is perfect for me. …I am carving more time for piano every day, and totally look forward to more of the stuff on your site. And, I wanted to say thanks! The site is great, and all the music you have made over all the years is really inspirational. MarkBr
“I have been able to access the irocku site and have easily loaded up several lessons onto my iPad. It fits great on my music stand, making this a fantastic way for me to learn! I can read music, but not fluidly, so watching and listening is the quickest way to learn. A couple of years ago, I purchased Chuck’s instructional DVD and have enjoyed it, although it has been a bit out of my league. irocku is great for getting back into the basics like blues scales, the different rhythms and groove charts, then progressing from there. Pretty exciting stuff!” Charlie R