In Don McLean’s song, “American Pie”, the lyric “when the music died” refers to the plane crash that killed early rockers Buddy Holly and Ritchie Valens. Well we feel the music died again today, with the death of rock pioneer, Little Richard. Not only did Little Richard bring us straight up, four-to-the-floor rock and roll, as a poor black gay kid from Macon, Ga he broke every possible social and ethnic barrier you could imagine along the way.

This IROCKU Tip celebrate’s Little Richard’s keyboard style with a twelve-bar blues progression using his straight eighth-note left hand pattern and explosive right hand rhythms. We begin the lesson with an overview of the 12 bar blues progression (in C) that was the foundation of so many Little Richard songs, such as “Lucille”. We then introduce his pounding eighth-note right hand pattern, then his triplet pattern which is so fast that you might find it difficult to view on the video. We then teach his left-hand alternating eighth-note dyad pattern which is a cornerstone of rock and blues piano accompaniment. Little Richard wasn’t the first piano player to use this left-hand pattern; early rockers like Jerry Lee Lewis, Fats Domino, and James Brown used it extensively. Have fun with this one. It’s as pure as rock piano can get. Keep rockin!

The IROCKU Piano Tips videos are available to all Annual Members. Click on the image below to learn more. 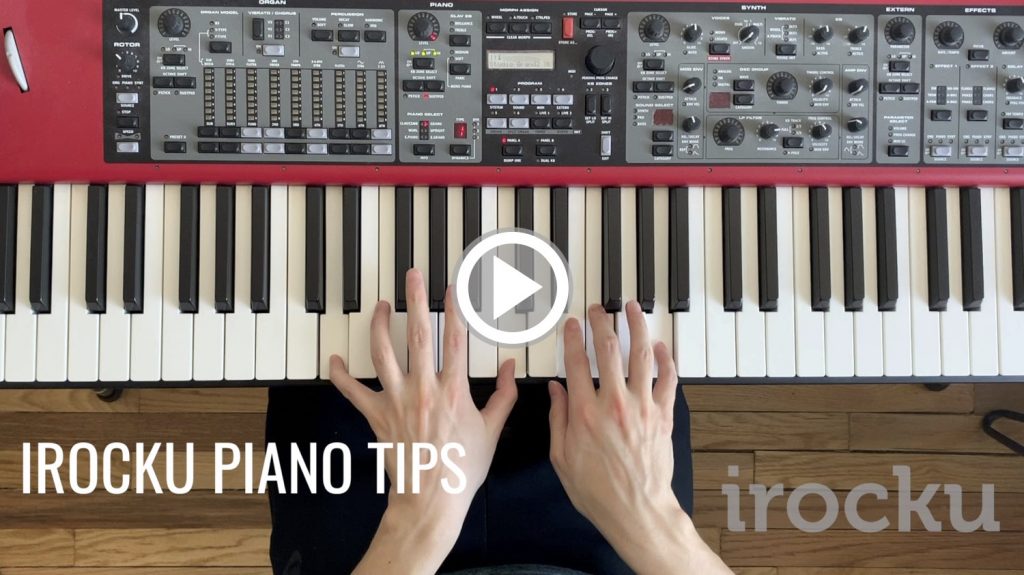 Hey man, finally had my first rehearsal playing keys with a new band I’ve joined. Here’s our first attempt at Southbound from last night. I’m playing mostly the Level 5 version – it’s a great arrangement and works well with the band! irocku defiantly made me rock!! Wayne G
“irocku is great. I like the fact that you work through a song from beginner to advanced level, giving the student an opportunity to play something that sounds good regardless of his/her level of expertise. The $4.99 for 3 lessons is also a fair price for those who can't afford annual membership or those who only want to learn a few songs.” Michelle