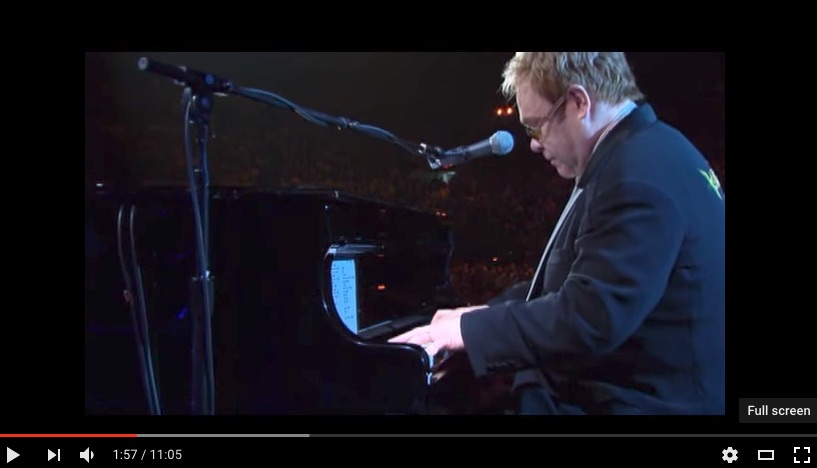 What is your favorite rock piano song or performance? Here’s one that’s getting a lot of votes.

“Funeral for a Friend” was written by Elton John thinking about what he’d like played at his funeral. It is a composition that blends both classical piano and rock piano. The song begins with a classically inspired arpeggiated melody and transforms into “Love Lies Bleeding”,  a four-to-the-floor rocker. “Funeral for a Friend” was released in 1973 along with its companion piece ‘Love Lies Bleeding” on the “Goodbye Yellow Brick Road”.

Please comment below and let us know who your favorite is.  Keep rockin!

I am so excited to have discovered your website!! I am 42 … and I have never played an instrument before or read music and am finally realizing a lifelong dream of learning to play the piano and it's great! … I just want to rock that piano… I purchased a membership to work on fun songs I love while continuing my lessons here in Hawaii. It's hard to find sheet music and I have found the stuff online really intimidating. Your website has given me just exactly what I was looking for! I'm gonna start with one of my all time favorite songs- “Aint Wastin Time No More”- so cool. Tialapina
What a great website – best I have ever seen. I am an advanced player and everything I see is either 1) too basic, or 2) too “abstract” in the sense that it doesn’t have application to songs that I love to play. You resolve both of these concerns. Keep it up! Dave S