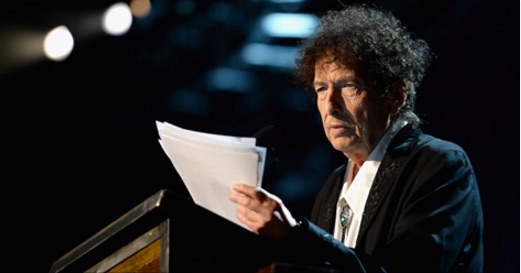 This post is a worthy detour from our rock piano videos and rock ‘n roll commentaries. Bob Dylan’s nobel prize lecture is enlightening, mesmerizing and sheds insights into one of our generation’s geniuses. Dylan shares his ‘musical influences like Leadbelly and Buddy Holly along with literary works that influenced his songwriting, including ‘All Quiet on the Western Front’, ‘Moby Dick’, and Homer’s The Odyssey.’

Once you’re done, kick back on the keys and feel the inspiration.

I have been enjoying your Stride Blues course. When I learned about blues boxes for guitar I was trying to figure out how to apply that same concept to the keyboard. When Alfie went over thinking of blues scales as little segmented clusters of keys instead of a full scale it was a real ah ha moment for me when I related how that concept is sort of like a blues box can be applied on guitar making the blues scale more practical and digestible. Cheers, Leah LeahY
I just downloaded the 'Chuck Leavell's Stride Blues' series. What a true joy. So much to work on – it should keep me going for a long, long time! This is exactly what I wanted to learn. Back to the Woods is an incredible work and is consummate artistry. The Stride series is awesome – it helps pianists with a guide to learning the style. Chuck has brought joy to us with his playing – everyone needs more joy in their life! What a great series! Congratulations! Lee B