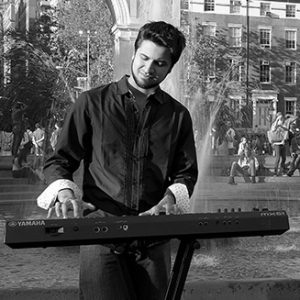 In 2017, Baden received 2 Latin Grammy Awards for Best Latin Album of the Year and Best Album of Salsa and 1 Grammy Award for Best Latin Tropical Album for his collaboration as composer with Ruben Blades in the album “Salsa Big Band”.  Baden tours both nationally and internationally and frequently appears throughout the New York City scene performing Jazz, Blues and Rock in iconic venues such as: Dizzy’s Club Coca-Cola, BB King’s, Groove and The Bitter End.  Baden's musical influences include artists like- Bill Evans, Ray Charles, Stevie Wonder, Eric Clapton, Michel Camilo among others. baden@irocku.com

I am enjoying the lessons. I found the site because I have a 15 year old student who wanted to play "Shine a Light" and she is a beginner, so this is perfect. She is on level 2 and I am plugging away at 6 and 7. I really like your emphasis on rhythm and counting and I think the approach is very pragmatic and doable for the average person , not just the few elite players. SusanaF
Hey Chuck! I tried a sample lesson and loved it! I pop around the web trying different tutorials while trying to learn specific rock piano tunes, and I must tell you that you have really separated your site from the others when it comes to learning the theory behind the song and particularly helping those who want to learn to improvise within a song. For years now, i have wondered if anyone was going to be able to teach piano this way over the internet, and I am happy to tell you that you have done it! Congratulations and thank you! WilliamF